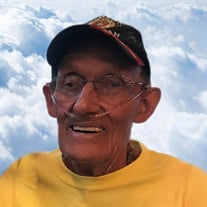 William R. “Bill” Marshall, age 67, of Huntington, died at 12:30 a.m. Saturday, January 19, 2019 at his home. Visitation will be from 3 – 7 p.m. Wednesday, January 23, 2019 at Bailey-Love Mortuary, 35 West Park Drive, Huntington, Indiana. A Mass of Christian Burial will be held at 11 a.m. Thursday, January 24, 2019 at St. Mary Catholic Church, 903 North Jefferson Street, Huntington. There will be one hour of visitation at the church prior to the service. Burial will be in Mt. Calvary Cemetery. Preferred memorials are to American Legion Post #85, in care of Bailey-Love Mortuary, 35 West Park Drive, Huntington, Indiana, 46750. Bill was born on April 9, 1951 in Washington, Pennsylvania, the son of William L. and Elizabeth (Pinchak) Marshall. In 1969, he graduated from Bedford High School in Ohio; he then served in the United States Marines during the Vietnam War. He married Cecelia A. Knittig on November 26, 2010 in Huntington. Bill was a member of SS Peter and Paul Catholic Church in Huntington Knights of Columbus. He was also a member of VFW Post #2689 and American Legion Post #85, both in Huntington. He enjoyed fishing and watching Western movies and was an avid Colts fan. He dearly loved his family. Survivors include his wife, Cecelia A. Marshall of Huntington, daughters Jeannette (David Sr.) Koughn of Huntington, Nadine (Raymond Fisher) Cardinale of Parma, Ohio, Michelle (Ryan) Ciolkos of Fort Wayne, and Amy (Scott) Francis of Janesville, Wisconsin, sons Eric (Jennifer) Davis Jr. of St. Louis, Missouri and William Marshall Jr. of Huntington, 14 grandchildren, and three great grandchildren. His parents precede him in death.

The family of William R. "Bill" Marshall created this Life Tributes page to make it easy to share your memories.

Send flowers to the Marshall family.