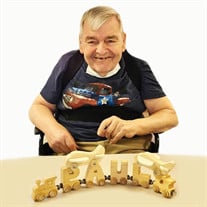 Paul L. Bestor, 83, of Huntington, IN, formerly of Willard Road, Massena, NY passed away from a long battle with Alzheimer's on March 9, 2022 at Miller's Merry Manor in Huntington, IN surrounded by his family. Paul was born December 30, 1938 in Watertown, NY, the son of the late Frederick L. and Flora (Middlestate) Bestor. He graduated from Watertown High school and went into the Air Force and guarded airplanes. After he got out of the military he was employed as an electrician for IBEW 910 of Watertown, NY. He married Suzanne Spellan on July 1, 1967 in Massena, NY. They enjoyed traveling in their RV, watching the ships on the St. Lawrence Seaway, and spending time with their family together. Paul also enjoyed traveling, fishing, gardening, airplanes, trains, ships, golfing, and was an artist who won awards for his paintings at the Massena Public Library. He was a fan of the Buffalo Bills football team and the Syracuse Orangemen basketball team. Paul was predeceased by his sisters Dorothy Smith, Joan Faas, Jean Clark, Mabel Ball, and Doris Bestor. He was predeceased by his brothers Frederick, Donald, and Richard Bestor. Paul was also predeceased by his wife, Suzanne in June 2019. Paul is survived by his daughter, Vicki and husband Mark Wright of Roanoke, IN; son Paul and his wife Tara Bestor of Newfane, NY; and daughter Valarie Simmons and companion Dion Middleton of the Bronx, NY. Paul is survived by his five grandchildren Chelsey Wright, Zachary Wright, Tyler Bestor, Justin Bestor, and Bonnie Simmons. He has seven great grandchildren Jackson, Carley, Lena, Harper, Bo, Braxton, and Abigail. He is also survived by his brother-in-law Robert and his wife Diana Spellan; brother-in-law Douglas Faas; sister-in-law Ann Bestor; his aunt-in-law Margaret Houle, and several nieces and nephews. There will be a brief graveside service to be announced at a later date at the Pine Grove Cemetery II, Norfolk, NY where he will be laid to rest by his wife. Memorial contributions can made to the American Alzheimer's Association in his memory. Please sign the online guest book at www.baileylove.com. Bailey-Love Mortuary is honored to serve the family of Paul L. Bestor.

Paul L. Bestor, 83, of Huntington, IN, formerly of Willard Road, Massena, NY passed away from a long battle with Alzheimer's on March 9, 2022 at Miller's Merry Manor in Huntington, IN surrounded by his family. Paul was born December 30, 1938... View Obituary & Service Information

The family of Paul L. Bestor created this Life Tributes page to make it easy to share your memories.

Send flowers to the Bestor family.