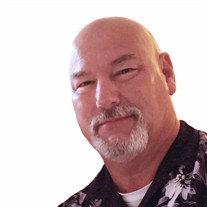 Olin R. Roberts, 60, of Huntington, passed away at 5:38 pm Thursday, June 16, 2022, at his home surrounded by his loved ones. Olin was born on June 29, 1961, in New Brunswick, NJ, the son of Paul Roberts and Rosie (Sellers) Roberts. He graduated from Huntington North High School with the class of 1979 and proudly enlisted in the United States Air Force. He married the love of his life, who he adored Rita M. Chapman on April 22, 2006, in Ft. Wayne, IN. He was a member of the Loyal Order of Moose Lodge Chapter #837 in Huntington, IN and AmVets Post# 2919. He was past Commander and currently holding the position of Finance Officer at the American Legion Post #7 in Huntington IN. He had served on the board for 122nd FWOM. Olin continued to serve his country for 33 years and retired in 2012 from the United States Air Force. At the young age of 7 years old Olin became a San Francisco 49ers football fan. Although he took a lot of heat, he never gave up on being an avid 49ers fan. His love for sports and children had led him to become a PAL football coach for 29 years, a little league umpire, and IHSAA referee for football and basketball for many years. Olin liked to stay busy, entertaining others, going on vacation with friends, making daily road trips to Costco and being known as the Hot Dog Man on Tuesdays for the Up Town Tavern and Moose Lodge. Olin was bigger than life and a friend to all. His love and loyalty to others was unfailing. He always had a positive attitude and cherished the good stuff in life, like being called Papa O by his grandchildren. He will be missed by his family and friends tremendously. Survivors include his loving wife, Rita M. Roberts of Huntington, IN; step-Daughter, Lyndsey Chapman of Ft. Wayne, IN; step-son, Kyle (Rose) Chapman of Ft. Wayne, IN; three granddaughters, Hatti, Hazel, Luella; three grandsons, Joe, Nick, Mikey; sister, LouAnn (Robert) Marison of Fleming Island, FL; two brothers, Tom (Trina) Roberts of Starke, FL, Clayton (Candace) Roberts of Madison, FL, several nieces, nephews, in-laws and special friends. He is preceded in death by his father, Paul R. Roberts and mother, Rosie G. Roberts. Visitation will be from 3:00 pm - 7:00 pm Tuesday, June 21, 2022, at Bailey-Love Mortuary, 35 West Park Drive, Huntington, IN. Funeral services will be held at 7:00 pm Tuesday, June 21, 2022, at Bailey-Love Mortuary with Chaplin Ed Hippensteel officiating. Military Honors will be conducted by the VFW Post #2689 Honor Guard. Preferred memorials to the Operation Comfort Warrior and Honor Flight, in care of Bailey-Love Mortuary, 35 West Park Drive, Huntington, IN, 46750. Please sign the online guest book at www.baileylove.com. Bailey-Love Mortuary is honored to serve the family of Olin R. Roberts.

The family of Olin R. Roberts created this Life Tributes page to make it easy to share your memories.

Send flowers to the Roberts family.