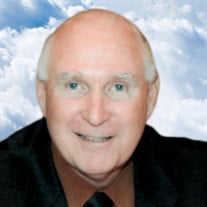 Lyle R. Smith, age 70, of Huntington, died Sunday, January 26, 2020 at Markle Health and Rehabilitation. He was diagnosed with frontotemporal degeneration (FTD) in 2011. This affected his language and communication skills. This diagnosis was complicated by yet another diagnosis of Primary Progressive Aphasia (PPA) that also affects language in the brain. By 2015, he lost all ability to speak after the death of his daughter Sherie. Visitation will be from 3 – 7 p.m. Thursday, January 30, 2020 at Bailey-Love Mortuary, 35 West Park Drive, Huntington, Indiana. Funeral services will be held at 10 a.m. Friday, January 31, 2020 at Bailey-Love Mortuary. Pastor Dennis Miller, Pastor Kent Kotesky, and Pastor Gary Dilley will officiate. There will be one hour of visitation prior to the service. Burial will be in Gardens of Memory in Huntington County. Preferred memorials are to Emmanuel Community Church Children’s Ministry, in care of Bailey-Love Mortuary, 35 West Park Drive, Huntington, Indiana, 46750. Lyle was born on January 7, 1950 in Huntington, the son of Robert G. “Bob” and M. Lucille (McCoskey) Smith. He graduated from Huntington High School in 1968 and married Susan G. Cox on June 14, 1970 in Huntington. Lyle began working in the Smith Furniture family business at age 13 and was one of the third-generation owners. He retired in 2010 after 47 years in the family business. He served as a Reserve City and County Police officer for ten years and was on the board of directors for Crime Stoppers. He was a member of Emmanuel Community Church in Fort Wayne and served on the board of directors for Camp Cotubic; he was also a member of Fishers of Men, a national Christ-centered bass tournament organization. He was a member of the Bassmasters and F.L.W. and he fished many local open tournaments and was a longtime member of the Ye Olde Tackle Box team in North Webster. Lyle organized fishing derbys for Emmanuel Community Church, giving many children and their parents the opportunity to learn and participate in the art of fishing. He was active in the men’s group of Emmanuel Community Church and helped with the Wednesday night Children’s program at the church for several years. He was a volunteer for Parkview Huntington Hospital for five years. He raced motorcycles as a teenager. Along with his passion for bass fishing, he also enjoyed watching NASCAR. He was a member of the Antique Car Club and the REO Club of America. Survivors include his wife of almost 50 years, Susan G. Smith of Huntington, his father, Bob Smith of Huntington, brothers Edward A. (Nancy) Smith of Huntington, Mark L. (Diane) Smith of Verona, Wisconsin, and Todd N. (Lisa) Smith of Huntington, and a sister, Dawn R. (Douglas) Hinthorn of Huntington. He is preceded in death by his mother, M. Lucille Smith and his daughter, Sherie S. Smith Hughes.

Lyle R. Smith, age 70, of Huntington, died Sunday, January 26, 2020 at Markle Health and Rehabilitation. He was diagnosed with frontotemporal degeneration (FTD) in 2011. This affected his language and communication skills. This diagnosis was... View Obituary & Service Information

The family of Lyle R. Smith created this Life Tributes page to make it easy to share your memories.

Send flowers to the Smith family.