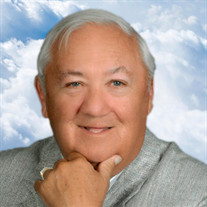 Larry Mason Keiffer, of LaFontaine, passed away at the age of 78 on January 19, 2020 in Fort Wayne, Indiana. Larry is survived by his children Jennifer (Kevin) Jackson, Stephanie (Michael) Long, Terry (Natalie) Keiffer, and grandchildren Victoria, Megan, Madelynn, Erica, and Kole; also his brother, Richard Keiffer. Larry was preceded in death by his parents and his wife of 49 years, Joyce Keiffer. Larry was born in Huntington, Indiana to Clyde and Eileen Keiffer on March 11, 1941. He graduated from Jefferson Township High School, Class of 1959, and immediately began his farming career. Larry married Joyce Wall on June 12, 1966. He served as a member of the Indiana National Guard from 1963-1969. He received various recognitions and served on many organization boards: Community State Bank Board of Directors, American Lung Association Board, Huntington County 4-H Fair Board for two terms, 1988 Chief of the Flint Springs Tribe, Honorary Chapter FFA Degree recipient 1991, Indiana Farm Management Association Officer (1993-1997) and Leadership Award recipient 1997, and Huntington County Friend of Extension Award recipient 2012. He attended Mt. Etna United Methodist Church. Larry’s passion was always farming. He began farming with his father and uncle and was proud of his son Terry’s shared passion, as he passed the daily operations on several years ago. His hobbies also revolved around farming. He enjoyed restoring and showing antique tractors. Larry and Joyce were very involved in collecting and showing toy tractors as well. In his retirement, he enjoyed spending the winter in Florida with Joyce and their many friends. Larry was a very generous man. He was fun loving and always had a joke ready. He was loved and respected by many. Visitation will be from 3 – 7 p.m. Friday, January 24, 2020 at Bailey-Love Mortuary, 35 West Park Drive, Huntington, Indiana. Funeral services will be held at 10 a.m. Saturday, January 25, 2020 at Bailey-Love Mortuary with Rev. Gerald Moreland and Pastor Mike Gallant officiating. There will be one hour of visitation prior to the service. Burial will be in Mt. Etna Cemetery in Huntington County. In lieu of flowers, memorial donations may be made to Hancock County 4-H Agriculture Association, Huntington County 4-H, or Mt. Etna United Methodist Church, in care of Bailey-Love Mortuary, 35 West Park Drive, Huntington, Indiana, 46750.

The family of Larry Mason Keiffer created this Life Tributes page to make it easy to share your memories.

Larry Mason Keiffer, of LaFontaine, passed away at the age of...

Send flowers to the Keiffer family.