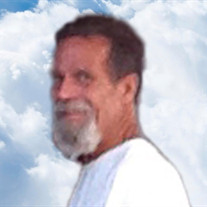 John K. Monsey, age 68, of Andrews, died at 11:27 p.m. on Wednesday, July 24, 2019 at Parkview Hospital Randallia in Fort Wayne. Visitation will be from 10 a.m. – 1 p.m. Tuesday, July 30, 2019 at Bailey-Love Mortuary, 35 West Park Drive, Huntington, Indiana. Funeral services will immediately follow at 1 p.m. Tuesday at Bailey-Love Mortuary with Paul Hirschy officiating. Burial will be in Andrews Riverside Cemetery in Huntington County. Preferred memorials are to the donor’s choice, in care of Bailey-Love Mortuary, 35 West Park Drive, Huntington, Indiana, 46750. John was born on June 6, 1951 in Huntington, the son of Philip and Marianna (Grayston) Monsey. From 1960-1969, he swam for Glen Hummer’s nationals-winning team at the YMCA and was an All-American Swimmer at the age of 12. He was a 1969 graduate of Huntington North High School and worked for Conrail Railroad for ten years. He married Phyllis “Darlene” Thrush on October 23, 1987 in Huntington. He worked at Teco Incorporated in Fort Wayne for 20 years in the hydraulics test department. John was also self-employed in painting and flooring. He enjoyed fishing and hunting, and he loved riding his Harley Davidson Motorcycle. Survivors include his wife of 31 years, Darlene Monsey of Andrews, son Travis (Jodi) Monsey of Roanoke and Mic Conliff of Roann, daughters Tara (Jeff) Holzinger and Tifni Monsey, both of Roanoke and Karissa (Jason) Mitchell of Columbia City, a sister, Marjorie (Rick) Buzzard of Huntington, 15 grandchildren, and two nieces. His parents precede him in death.

The family of John K. Monsey created this Life Tributes page to make it easy to share your memories.

Send flowers to the Monsey family.