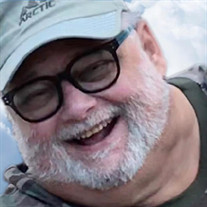 Jerry E. Jones, age 55, of Huntington, died at 12:43 p.m. Thursday, April 9, 2020 at Parkview Regional Medical Center in Fort Wayne. There will be no visitation or funeral services. Preferred memorials are to St. Jude Children’s Hospital, in care of Bailey-Love Mortuary; 35 West Park Drive; Huntington, Indiana, 46750. Jerry was born on February 20, 1965 in Scuddy, Kentucky, the son of Navior and Virginia Lee (Williams) Jones. He graduated from Huntington North High School in 1983 and married Jean A. Meekin on December 24, 1987 in Huntington. Jerry worked at Eaton in the tool and die industry prior to many years of disability due to medical issues. He loved spending time with his family. Survivors include his wife, Jean A. Jones of Huntington, brothers James (Carol) Jones of Jeff, Kentucky, Bill (Pam) Jones, David Jones, Danny (Sharon) Jones all of Huntington, and R.B. (Nanette) Jones of Andrews, and sisters Darlene Fields of Huntington, Carlene (Rod) Bickel of Ft. Wayne, Marlene Stevens of Columbia City, and Rosie Jones of Roanoke. His parents, a brother, Kenneth Jones, and a sister, Martha Jones, precede him in death.

The family of Jerry Ellis Jones created this Life Tributes page to make it easy to share your memories.

Send flowers to the Jones family.