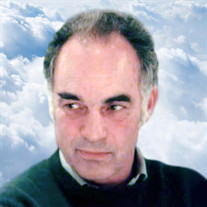 J. Harold (“Hal”) Lesh, age 84, died October 16, 2018, having fought leukemia for six months. He succumbed to a pulmonary infection after brief hospitalization in Versailles, France. Hal was born October 28, 1933 in Huntington, IN to Joseph Holmes Lesh and Marian Kemmer Lesh. He was predeceased by his mother and father, daughter Richelle, and brother Bill. Survivors include Hal’s wife of 42 years, Maria Ludovina, daughters Kathryn and Alexandra, stepdaughter Gisela, sister Carolyn, grandchildren Bridget, Martin, and Léo-Paul, and six nieces and nephews and their progeny. Hal graduated from Huntington HS, attended Wabash College, and earned philosophy degree magna cum laude from Indiana University in 1955. After three years in the U.S. Army (Germany, counterintelligence), he studied French language and literature at the Sorbonne and Yale. He then worked as a reporter and copy editor, and as a Foreign Service Officer in Bonn and Ottawa, before earning a master’s degree in economics from the University of Chicago in 1967. Hal moved to Europe in 1968, first to Holland, then to Paris in 1973, where he lived for the rest of his life. He held positions (usually several “simultaneously at the same time”) as translator and copy editor, economics instructor, English language teacher, free-lance translator, and for 25 years, full-time journalist at the Agence France Presse (AFP). He continued his translation work until the end of his life. Classical music, especially the piano, was an important part of Hal’s life. He practiced regularly when he could (Chopin, Bach, Scarlatti, Mozart). He also played classical guitar, but gave up the violin after a few years with the declaration that it was l’instrument du diable. Hal was an avid bridge player, a voracious reader, a lover of art, especially Impressionist painting, and a great tourist and photographer. Language was a passion, with multi-lingual puns especially prized, but all jokes and clever turns of phrase were welcomed and enjoyed. Hal had endless charm, a genius for friendship, and legendary generosity. Visitation will be from 4 - 7 p.m. Friday, April 12 at Bailey-Love Mortuary, 35 West Park Drive, Huntington, with remembrances at 6 p.m. A Memorial Mass will take place at St. Mary Catholic Church, 903 North Jefferson Street, Huntington, at 10 a.m. on Saturday, April 13, 2019 followed by interment at Mt. Hope Cemetery. Memorial gifts can be made to the “J. Harold Lesh Fund” at Union College, Schenectady NY, towards an endowed scholarship for piano students, or to the Save the Children Federation.

The family of J. Harold "Hal" Lesh created this Life Tributes page to make it easy to share your memories.

Send flowers to the Lesh family.