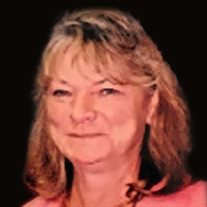 Gail D. Baum, 69, of Warsaw, passed away at 2:05 pm Wednesday, December 16, 2020 at the residence of her son in Roanoke, IN. Gail was born on September 4, 1951 in Huntington, IN the daughter of Ned E, Beekman and Gloria (Wilson) Adkins. She graduated from Huntington North High School in 1969 and married Michael S. Baum on January 16, 2001 in Zanesville, IN. She worked as an Office Manager for Paul's Service of Huntington and Quick Clean of Warsaw, IN. She was an avid Golfer who loved to fish. Survivors include her Husband, Michael S. Baum of Warsaw, IN; Son, Mark A. (Theresa) Kitt of Roanoke, IN; Two Daughters, Rian Simpson of Indianapolis, IN, Keri Gordon of San Diego, CA; Four Grandsons, Kevin (Nicole) Kitt of Ft. Wayne, IN, Noah Kitt of Huntington, IN, Jackson Brown of Ft. Wayne, IN, Harrison Brown of Ft. Wayne, IN; Granddaughter, Marisa Kitt of Indianapolis, IN; Two Great Grandsons, Owen Kitt of Ft. Wayne, IN, Silas Kitt of Ft. Wayne, IN; Step-Daughter, Kate (Kyle) Brown of Ft.Wayne, IN; Brother, Terry (Leann ) Beekman of Columbia City, IN; Four Sisters, Rhonda (Greg) Kenline of Columbia City, IN, Kay (Terry) Pfister of Huntington, IN, Pam (John) Green of South Bend, IN, Missy (Brad) Tempest of Columbus, IN. She is preceded in death by her Father, Ned E. Beekman, Mother, Gloria Adkins, and Brother, Steven Beekman. Visitation will be from 3:00 pm - 7:00 pm Tuesday, December 22, 2020 at Bailey-Love Mortuary, 35 West Park Drive, Huntington, IN. Funeral services will be held at 4:00 pm Wednesday, December 23, 2020 at Bailey-Love Mortuary. There will be one hour of visitation prior to the service. Burial will be in Pilgrims Rest Cemetery in Huntington. Preferred memorials nay be made in memory of Gail to the Cancer Services of Northeast Indiana, in care of Bailey-Love Mortuary, 35 West Park Drive, Huntington, IN, 46750. Please sign the online guest book at www.baileylove.com. Bailey-Love Mortuary is honored to serve the family of Gail D. Baum.

The family of Gail D. Baum created this Life Tributes page to make it easy to share your memories.

Send flowers to the Baum family.